Slavery and the Black Family

I note on FB an attempt to show that the use of uncle and auntie to refer to black men and women is a residue of slavery and an indication of the damage done to the family. This in a nutshell is the problem, of social media in particular and the internet in general: Generally well-intentioned people who feel they have a right to their opinion on subjects about which they know little or nothing.

In many societies, kinship and friendship terms overlap, hence the problem with some of the references to the brethren of Jesus.   Even in Ancient Greece, some precise kinship terms are attested only in certain periods and in certain communities, much as English "eme", mother's brother, was once useful. These things vary of course, and in Serbia, people in the North are less precise in their kinship nomenclature than in the South, and  traditionally one used  "brother" to refer more generally to cousins and even fellow-Serbs.

Do you suppose that the typical greeting in "the community," of "Hey, bro" indicates a lack of certainty about paternity that was the result of slavery?  If so, then the follow-up, "What's up?" could be a sign of complete dependence on Hollywood, which stole and transformed the African trickster rabbit into Bugs Bunny?  On the internet, it would make perfect sense.

Here in America, white and black children often are taught to call a family friend aunty or uncle, while in the South some form of Maum/Mom was often used by polite white children to show respect for an elderly black woman.

There is no such thing as the "African family" because African is a geographical term. Family patterns in Africa vary from race to race, ethnic group to ethnic group, tribe to tribe. Polygeny was common, and studies of polygynous societies reveals a pattern of strains and instability more prominent than one finds in monogamous societies. To back up a claim that slavery destabilized the family, one would have to document the family types in the African tribal societies from which the slaves came.

If slavery were the major cause of the decline in family formation and stability among African Americans, one would expect a steady progression to stability with each generation since the end of slavery. Alas, that is not at all the case.

Quite simply, it is neither rational nor fair to make the claim that the use of auntie and uncle is an indication of what slavery did to black families. It is also insulting to the many black families that survived and  thrived under difficult circumstances.

Of course one tendency in the argument I am debunking is to look at slaves in particular and black men and women in general as pathetic losers who could not manage to respond constructively to their situation. One of the important contributions of my Marxist friend Eugene Genovese was to show the extent to which slaves carved out a large degree of autonomy, partly by playing upon the Christian conscience of their masters. All this South-bashing is designed to make Southern whites ashamed of their parents and ancestors, but it has precisely the same effect on black Americans. The politics of hate poisons everything it touches.

The Fleming Foundation > Feature > Slavery and the Black Family 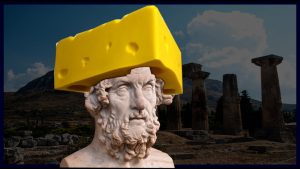