Humpty Dumpty on the “Liberal” Arts

A version of this piece was published earlier.

The “liberal arts” have come to mean the arts that turn students into liberals.  Anti-Christians as early as Montaigne have played on the expression as the “liberating” arts.  Montaigne must have known, if only vaguely, that artes liberales, translated directly from the Greek, refer to the skills and practices that distinguish character of the free man from the servile classes of slaves, serfs, and employees. 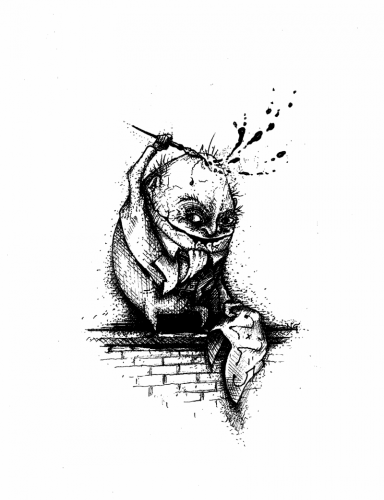 For Greeks and Romans the free man, however poor, owned his own land and was maintained his economic independence; he took care of his own wife and children; he had the means and the willingness to fight in defense of his people.  Beyond these basic requirements, the free man had the means to defend his religion and culture, which meant that he had to have some mental and social training.  He has committed to memory large chucks of Homer or Vergil or (in the case of English and American freemen,  Shakespeare) and other poets to memory; he knows how to conduct himself at a party, to drink moderately, to sing and dance; when he is called upon as a witness or defendant in court or to serve his country in some civil capacity, he can speak his language correctly, organize his thoughts, and persuade his fellow-citizens.

As time went on, Greek sophists and philosophers claimed to have a monopoly on mental cultivation; practical parents, however, were more inclined to trust the teachers of rhetoric.  Although Plato tried to give the rhetoricians a bad name, Aristotle took their craft seriously enough to devote an important book to it, his Rhetoric.  The model rhetor (or orator, speaker) in Aristotle’s scheme, will have acquired a mastery of style, but he will also display a knowledge of logic, ethics, and psychology.  The object of this kind of education was to produce not a brilliant theoretician in physics or metaphysics but a prudent and practical man, wise and good, who could serve his friends and be of use to his country.

This was the ideal that was passed down to Cicero and Quintilian, to the teachers of the Middle Ages, to the best of the Renaissance humanists and to their heir Samuel Johnson.  It was not a technical education in logic or mathematics, though it included both, nor (although the rhetoricians devoted their lives to literature) was it a study of literature for literature’s sake or for the purpose of pursuing hermeneutic studies at the expense of some helpless poet or novelist.  Major writers were studied as models for good prose and sound composition, and the results can be seen in all the Western writers from Cicero to Petrarch to Shakespeare to Dr. Johnson to A.E. Housman, a fine poet (and an equally fine scholar) who despised literary criticism.  Nothing would so rapidly improve the cultural and literary standards of the modern world (apart from the reimposition of Latin) than the recovery of this great rhetorical tradition of the liberal arts that, far from liberating its students from religion and custom, bind them securely to the traditions of their ancestors.

The "liberal arts" in this older sense did not liberate the student or practitioner from the past or from the rules of his society.  On the contrary, they bound him as a willing subject to tradition, to his kinfolk and friends, and to his community.  Such a man understood the Anglican collect that links moral and spiritual liberty to God "whose service is perfect freedom,"  and he realized  that, as a rootless individual, he could only end up as a slave: a slave to government and its institutions, a slave to propaganda, a slave to the appetites that had been stimulated by a culture of waste, depravity, and death.