Neo-Communism and the Fall of the West 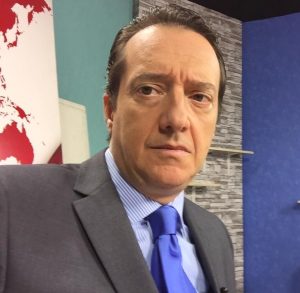 Europe is regretting the decision to abandon its own defense and depends solely on the US and NATO.  After the fall of the Berlin Wall and the end of Cold War, politicians in the Old Continent systematically avoided referring to anything reminiscent of armed conflict. Every time things go wrong anywhere they either said they were “deeply concerned” or called for a “peaceful settlement.”  For their part, many Europeans committed a category-mistake: They took freedom and prosperity for granted.  Obviously, they were mistaken.

Where is the danger that lies in wait for a Western civilization that is obviously in decay?   Our way of life or what is left of it is threatened from internal and external enemies. In a time of identity wars and the onslaught of cancel culture promoted aggressively by the American, the Canadian and most European governments, the Euro-Atlantic bureaucracy and major international organizations, it makes sense, nonetheless,  that many of us are more concerned for the time being about a previously external threat that is becoming increasingly an internal threat.

The Muslim Brotherhood, an entity extremely dangerous for the Christian world, is already well positioned in the West. It has infiltrated the Democratic Party in the US, where it remains a powerful influence. The western world was initially saved in 2016, from what was to come if Donald Trump had lost the election.  In 2020, however, the war started.  The American left decided it was the last chance it had to transform the world into the utopia it envisions. The pro-immigrant left in the USA and Europe long ago aligned itself with radical Islam. What an unholy alliance that is!  The right has reacted but in the Old Continent at least, is systematically presented by progressives and the mainstream press—who are perpetually in conflict with reality— as islamophobic.

Months before hostilities started in Ukraine, the liberal press was warning us indirectly about the intentions of the Democrats, thus revealing to the world what was about to happen. These warnings came via press reports from the Russian border that were initially denied, rather anxiously, by Kiev.  Everyone in Washington and NATO favored war. Nobody cared in the West for the fact that Ukrainian leadership wanted to avoid hostilities.  Zelenskyy didn’t really have a chance. War was decided.

In Europe war has come in many forms on our doorsteps. The prevalence of the woke culture, the new religion of the ruling elites, has already imposed an unbearable yoke on western societies, reversing what we all know, believe and makes us feel fulfilled and happy.  Political correctness and woke culture are already interfering with our personal lives, faith, expression, social relationships, communication, diet, sports—in fact, everything.

Where did political correctness fail to take root? It failed miserably in Eastern Europe, where after the collapse of the communist regimes, people rediscovered their Christian roots and national identities and are not willing to lose them again, only because Eurocrats are asking them to do so.  And that’s where the question arises of who we are really threatened by in the Old Continent nowadays.

Europe enthusiastically entered the war after the Russian invasion of Ukraine and that raises questions.  European politicians have spent decades opposing war and advocating peace. What really turned them so bellicose?  Is Putin really such an existential threat for the West because he grabbed Crimea and Donbass? Is he a revisionist?  But, not so long ago, didn’t the threat come from leaders in in the West, when they forced Serbia via intense bombing to abandon Kosovo, the cradle of her civilization?  Weren’t they the threat, when they redrew borders in the Balkans, forming new artificial – and already failed—states?  Questions will become relentless in the winter, if and when the Old Continent freezes. Sanctions against Moscow are already backfiring, disrupting everything and hurting Europe and the whole world, while Russia is profiting from high oil and gas prices and Vladimir Putin is asserting his rule.

What is the real leadership in the West? Who really rules Europe nowadays? Not the Right, regardless of whether some rulers call themselves the Right, or conservatives or Christian Democrats in some countries. The infiltration is devastating. Everywhere, in bureaucracy and in politics, former devotees of Marxism have been placed in positions of power. They are the chosen ones. If someone has a left wing past, he is hired!  Some former leftists, calling themselves social democrats or socialists or even conservatives and Christian Democrats, pretend they are moderates without really abandoning the hard core leftist ideology And all of them occupy high offices and form policies. This fact is not difficult to check this out.

Russia is an existential threat because it has never embraced liberal democracy, defends the old ways and is (masterfully indeed so far) dealing with its communist past. India is also considered a threat, though it has never bothered anyone in the West. The continuous attacks in recent years by well-known academics in Ivy League universities against Hinduism have alarmed the Indian government.  The attacks are revealing the intentions of warmongers and their theorists in the West, who are seeking a global ‘settlement’. For them, Christianity and Hinduism are considered the main obstacles that have to be deconstructed. Who would think some years ago that Frankfurt School would exert so much influence in decision making in the West!

When it comes to China, left-wing academics and bureaucrats in the US and Europe have a problem:  They haven’t yet decided how to deal with Beijing, although some of them view its communist regime with sympathy and collude with it the way they did with Salafists (Islamic fundamentalists) as well. Of course China has its own agenda with a powerful cultural background summed up in the expression Tianxia or “all under heaven.”   However, most Western academics ignore the cultural aspects and implications and they still use outdated sociological tools for their—usually inaccurate—analyses.  Consider only the cases of Libya, Iraq, and Afghanistan.

What really awaits us is obvious. The left and the liberals in one way or another dominate the West, where they have imposed their catastrophic agenda, and they are spreading the catastrophe by staging rebellions, “springs,” conflicts and proxy wars all over the globe, with uncertain outcome. They have even caused overthrown the government of Pakistan.. This is Russian roulette, and God knows what warmongers will come come to the fore in the near future in order to avoid a crushing defeat in the mid-term elections.

The Ukraine War was not the right move to rally the people behind the Democrats. America wasn’t convinced, and neither was Europe, regardless of what politicians there say and do. Will the upcoming elections in the Old Continent seal a radical policy change?  Will the serious problems finally be tackled? Should people really expect a change within the rigid Euro-Atlantic framework, from political parties that were once regarded as the leftist fringe?